Rae has been singing since she was 3. She has been in several plays and musicals including Jekyll and Hyde at Carrollwood Players (Tampa, Fl), Moby Dick: The Musical (Clearwater, FL), and numerous other plays and musicals. She is very eclectic and is versed in many different genres, but she specializes in Gospel, R&B, Hip Hop, Pop, Musicals, Groups, and Production. 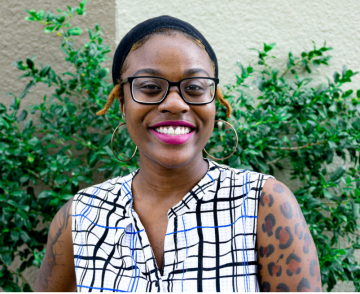 She began as a student of Voicercise on March 27, 2019 under CEO, Roxy Kerr. There, she learned about the parts of her voice that she didn’t understand as well as how to control it. Rae received high-level vocal training under Roxy before being offered an assistant coaching position at Voicercise. Rae was the first non-generational Voicercise instructor and that came with extremely high appraisal. She became the first fully certified Voicercise Vocal Coach in May of 2020. Since then, she has worked with students who have appeared on America’s Got Talent, up and coming female group, Re’Vere, voice actors, recording artists, and many, many more up and coming vocalists.
Find Out How to Sing Like a Pro and Get to The Next Level FastCall Us Today! (727) 796-0417
Ask The #1 Singing Coach In The Area
Copyright © 2021 - All Rights Reserved.
Schedule Lesson
(727) 796-0417